According to a recent report produced by our friends at Keep Britain Tidy and DEFRA, a whopping 75% of litter being thrown on our streets, parks and beaches in England was the result of drink consumption.

The most littered items were recorded as:

Much of this should and could be recycled now. For example, only 43% of all plastic bottles produced in the UK are recycled. This is why Keep Britain Tidy are calling for a well designed and comprehensive desposit return scheme (DRS) as soon as possible in England.

Trials of DRS are already taking place in some supermarkets chains like Iceland and The Cooperative Group – who are trialling a money off coupon system per item brought back to be recycled in store. There is also the development of behavioural change campaigns, linking DRS including the successful Drive Down Litter campaign in partnership with Roadchef and Hubbub, which has seen the installation of deposit return machines and split recycling bins/target bins across some of Roadchef’s Motorway Service Stations.

In Scotland, the Government will soon be introducing DRS widely in July 2022 as the bill was passed last month to introduce across the country – making Scotland one of over 40 countires worldwide to introduce DRS; increasing recycling rates for drink containers in some countries to over 90% and in turn saw a reduction in dropping litter.

Did you know? In the UK, we could generate £26 million every year if all the plastic bottles thrown away or dropped on our streets, parks, beaches were reversed vended. Therefore, the concept to ‘Recycle on the Go’ has never been more important. If you are interested in finding out how easy it is to segregate and seperate at source, check out our NEW Handicart Range of litter segregation and recycling carts or contact our sales team on 01531 635678 for further information, book a trial or virtual demonstration. 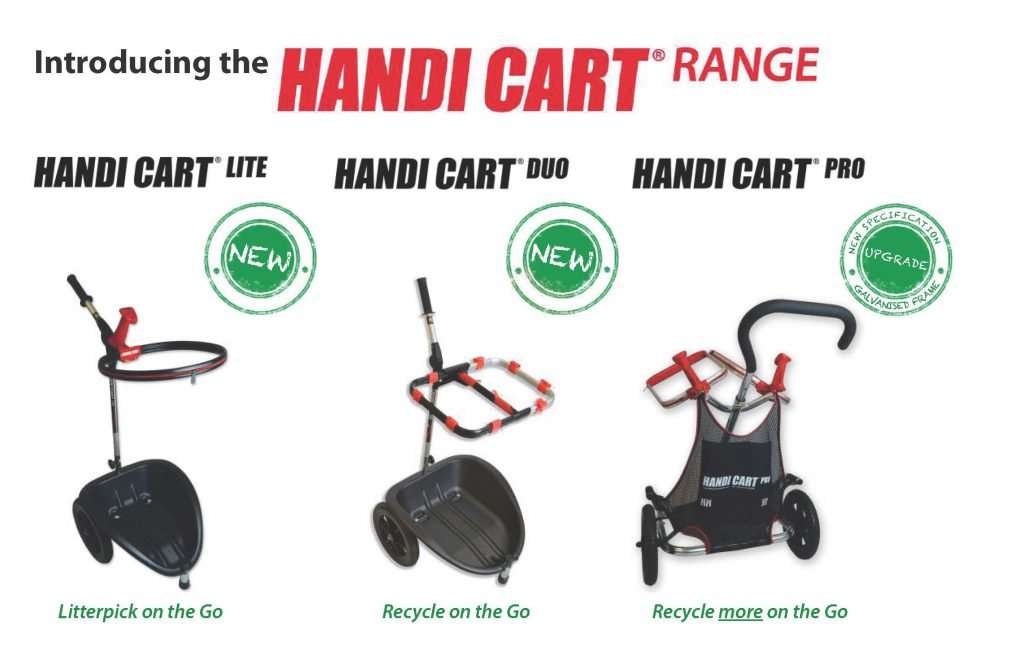 Create Your Own Litter Picking Kit

You can toggle right click protection within Theme Options and customize this message as well.

You can also add shortcodes here.